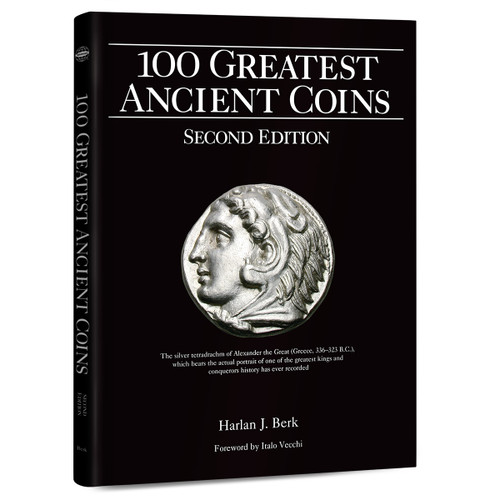 Emperors and assassins, owls and turtles, gods and goddesses, brave heroes and villainous rogues—all of these and more await you among the 100 Greatest Ancient Coins. In this beautifully illustrated second edition of his award-winning book, Harlan J. Berk, one of the world’s best-known ancient-coin dealers, takes you on a personal guided tour of the numismatic antiquities of Greece, Rome, the Eastern Roman (so-called Byzantine) empire, and other parts of the ancient world.
The first edition of 100 Greatest Ancient Coins earned the Numismatic Literary Guild’s prestigious award for “Best Specialized Book on World Coins.”
New in the second edition:

Collectors will be immersed in the fascinating world of ancient coins:

Cash In Your Coins, 3rd Edition