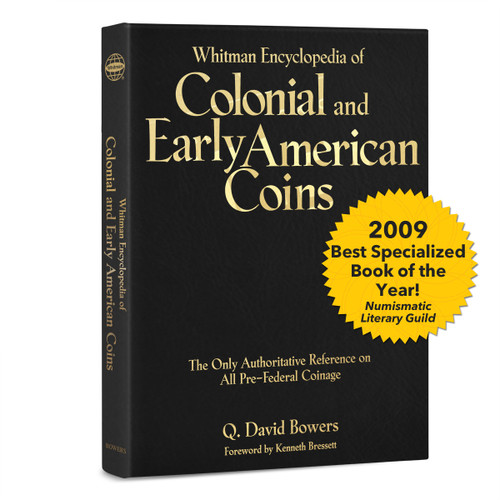 From Q. David Bowers comes a book so comprehensive and authoritative that only the “Dean of American Numismatics” could have created it! Drawing on the expertise of dozens of specialists from around the world, plus Bowers’s own vast knowledge of the subject, the Whitman Encyclopedia of Colonial and Early American Coins includes:

Chapter 4: How to Use This Book

This is the new definitive reference on colonial and early American coins and tokens, and related issues.

“I think we finally have something that will replace S.S. Crosby’s Early American Coins—in spades!” —George Fuld, numismatic researcher and author

“The Whitman Encyclopedia is a wonderful, and much needed, platform for encouraging the historical research of our colonial time period.” —Ray Williams, president of the Colonial Coin Collectors Club