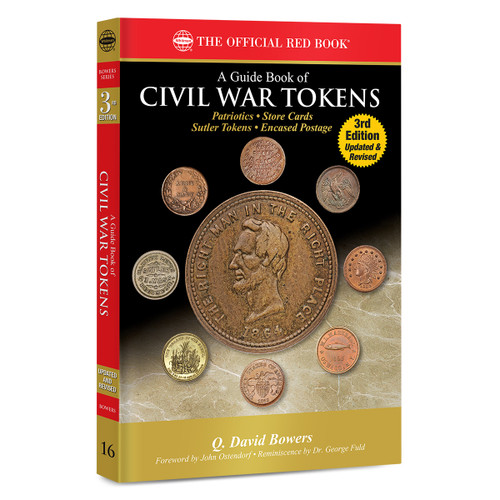 Civil War tokens are tangible reminders of American history. These small, cent-sized tokens were privately issued by American tradesmen and others during the war. They were used to advertise businesses and also to grease the wheels of commerce during a nationwide coin shortage. By the summer of 1862, nervous citizens had hoarded all of the nation’s gold and silver coins and even its small copper-nickel Flying Eagle and Indian Head one-cent coins. This caused a financial emergency as it became nearly impossible to make change for everyday transactions. Millions of private tokens became substitutes for official U.S. coins, spent and accepted as 1¢ each by the public. Today these tokens are highly collectible.

Novice and experienced collectors alike, as well as history buffs and everyone interested in the American Civil War, will find this volume a fascinating and indispensable reference.

A Guide Book of Buffalo and Jefferson Nickels, 2nd Edition