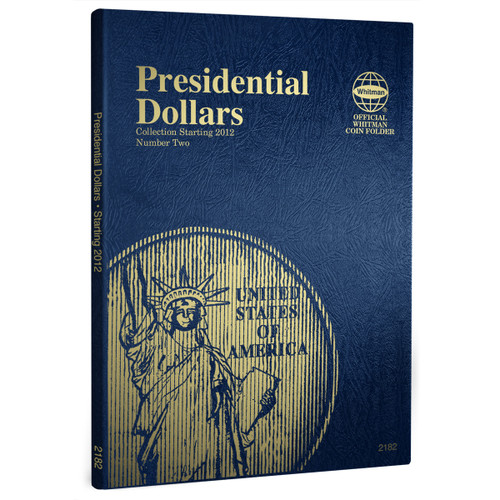 Whitman brand blue folder opens flat for all-at-once viewing. Includes data pertaining to the dollar coins, as well as facts for each president honored. 24 openings. Labeled through Richard Nixon. 7 openings with no dates for future releases.