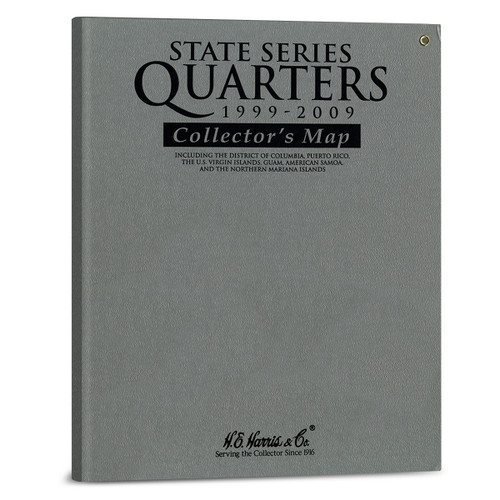 Display your state series quarters with this hansome 13 x 16.5" wall map. Each map is made with collectors in mind with extra thick board and recessed coin slots to protect your quarters and prevent scratching. Map has slots for all U.S. Territories and the District of Columbia.