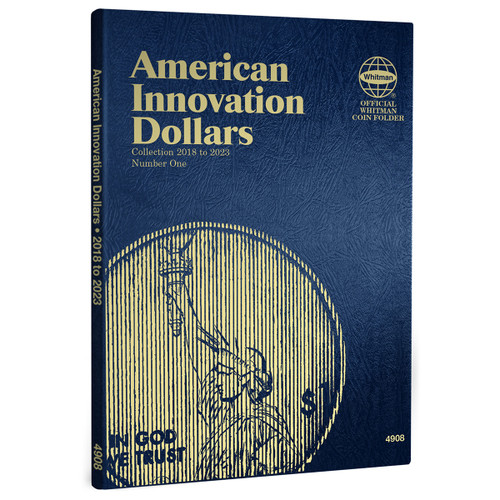 In 2018, a new 15-year dollar coin series was launched, the American Innovation $1 Coin Program. The reverse design of each coin “symbolized quintessentially American traits—the willingness to explore, to discover, and to create one’s own destiny.” An “introductory” coin was struck in 2018; thereafter, four new designs are to be issued each year, marking each state as in the order it entered the Union, followed by issues for the District of Columbia and the five territories, as was done with the State Quarters series.

The obverse design shared by the series was designed by Justin Kunz and sculpted by Phebe Hemphill. It depicts the Statue of Liberty, along with the motto In God We Trust and the denomination. Below the motto on coins from 2019 and onward is a gear-like privy mark representing the series. Incused into the edge is the date, the mintmark, and the inscription E Pluribus Unum.

Reverse designs are selected using methods similar to that used to determine the America the Beautiful quarter-dollar series, with a likewise mix of designers. Despite existing in circulation and Proof strikes, all of coins in this series are issued for numismatic sales only; none are distributed for circulation.

Below each of the coin openings in this folder you will find the quantity minted for that year/mintmark.
Coins dated 2024 through 2029 may be collected in American Innovation dollars folder Number Two.