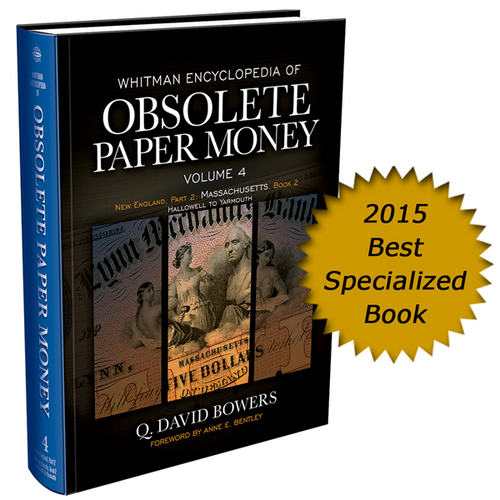 
WHITMAN ENCYCLOPEDIA OF OBSOLETE PAPER MONEY Volume 4: New England, Part 2: Massachusetts, Book 2
The Whitman Encyclopedia of Obsolete Paper Money is a multiple-volume study of American currency issued by state-chartered banks from 1782 to 1866, before the modern era of National Banks and the Federal Reserve. Volume 4 is a guide to Massachusetts, specifically the towns of Hallowell to Yarmouth. It’s a companion to volume 3, and between them the two volumes cover the entire Bay State.