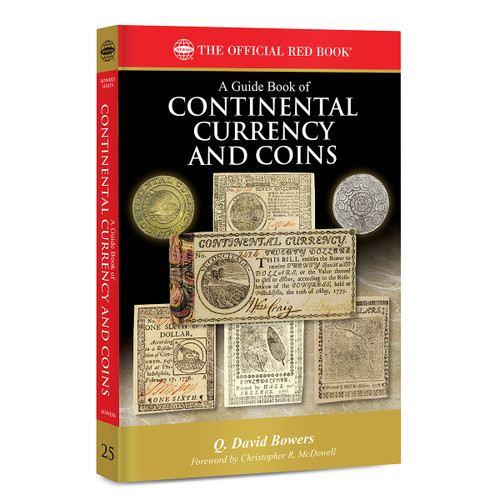 Only a few weeks after the “Shot Heard ’Round the World,” the American Continental Congress authorized its very first issuance of paper money.

Continental Currency was based on the hope of a young nation’s future and a war for liberty, not on a solid foundation of silver or gold. Despite being plagued by counterfeiting, depreciation, and distrust in the marketplace, this currency marked a great forward step for Britain’s freedom-seeking colonies, and its effects on American money would be felt for generations.

This Guide Book brings together history, art, and numismatic knowledge to present the complete story of Continental paper money and the mysterious Continental dollar coin (or is it a medal?). Inside you’ll find large, full-color images of every Continental Currency bill and 1776 Continental dollar, valuations, market-performance comparison, and historical context for the creation of the currency and the mottoes and emblems shown on these pieces of Revolutionary War history.

“After reading the Guide Book of Continental Currency and Coins you will have a much greater understanding and appreciation not only of the currency and coins of the Revolutionary period, but also of the hardships faced by our forefathers in shaping this great nation.”

— from the foreword by Christopher R. McDowell