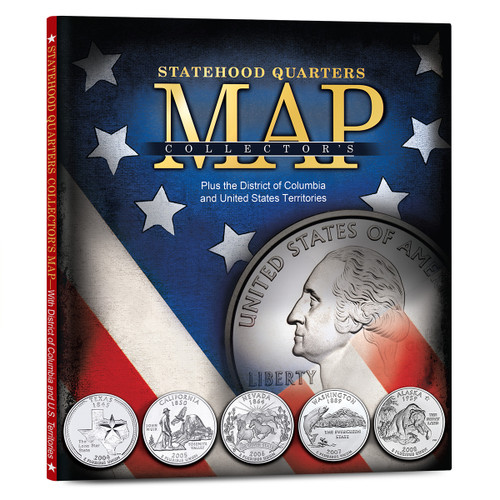 New Compact Size! Display your quarter collection in this educational Collector Map. Archival safe board with openings for all 50 states plus all of the U.S. trust territories & D.C. Compact 10" x 11.25" Folded, 20" x 11.25" Open. All materials are inert and safe for your coins.